The days of Fall grow shorter and shorter, and in the Northern Hemisphere the month of December is dark and cold. The low point is the Winter Solstice, December 21st, the shortest day of the year.

In traditional pagan cultures, this time of the year represented the battle between darkness and light, between life and death.  Death and darkness seem to be winning through this season. On the Solstice, the dark and cold had reached its nadir. Henceforth the days would grow longer and warmer. The darkness gives way to light, and death gives way to life. Hope is restored.

Many of the festivals and celebrations that take place at this time of year, from many different cultures, follow this theme.  Yule was celebrated by many of the Germanic peoples of northern pre-Christian Europe, including such groups as the Angles, Saxons, Danes and Norse.  Like many of the pagan holidays, Yule was adapted by Christian Europe and incorporated into Christmas traditions. However, followers of neopagan religions, such as Wicca, have re-established Yule as a distinct celebration.

For more on this and other winter observances and feasts, check out our display, “Holidays and Holy Days,” and books such as: 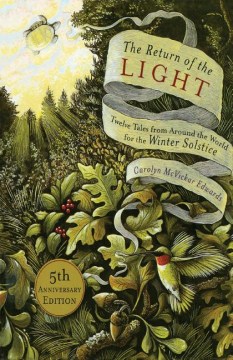