The religion known as Buddhism dates back to the 6th or 5th Century BCE, when the Indian Prince Siddhartha Gautama became the “Buddha,” literally, “the Enlightened One.” The followers of the Mahayana branch of Buddhism observe Rohatsu, or  Bodhi Day, in celebration of the day that the Buddha sat below the Bodhi Tree and meditated on the meaning of life.  This day is celebrated mainly by the Buddhists of northern and eastern Asia, and in countries to which those people have immigrated (such as Canada). To many this holiday is known as Bodhi Day and it occurs on the 8th day of the 12th month of the lunar year

In Japan the day is known as Rohatsu. With the Japanese adoption of the western calendar (Gregorian) Rahatsu is fixed on December 8th.

For more on Rahutsu and the life of the Buddha:

and these books in your School Library: 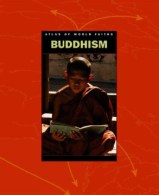